(Download these related books for free, and it will be very useful for the seminar!)
Geographical Atlas for the Solar Returns

This is a topic my heart gets inflamed with, because of my significant and satisfactory experience in this field. Since 1970, i.e. my first year of studying astrology, I feel I am on the same spiritual wavelength with this technique. Such a “tuning” would not develop in a fideistic way, but on the base of my practical experience. Nowadays I wouldn’t be able to analyse anybody’s astral situation without considering at least three maps: the natal chart, the current Solar Return, and the SR map for the next year. In my opinion, understanding the meaning and functioning of a Solar Return allows you to penetrate the secrets of one year of somebody’s life; it makes you read the most important and sure events one is about to face during that 12-month period.

I shaped this expression myself to indicate the possibility for whoever to go away on the day of his/her own anniversary in order to take advantage of a birthday astral situation better than the one they would experience if they remained on their own place of birth. In the January 1999 issue of the Italian magazine Sirio my colleague Grazia Bordoni published an anthology of declarations about the Aimed solar returns. At the end of the article my no-friend Grazia was sad to inform me that I had been the only one who expressed the confidence that Solar Return maps are to be cast for the place where you spend your birthday – not for your birthplace.

Actually, this lent me a hand. In fact, when I began claiming it with conviction Fourty-three years ago (I am writing on January 2013), I had to face the opposite, often fierce opinion of the overwhelming majority of my colleagues. They even derided me for this, harshly and openly criticizing my custom of suggesting Aimed Solar Returns to my clients. Later on, as my works were published in magazines and books, growing legions of readers embraced these studies, swelling the ranks of the persuaded followers of this technique; in order to do that, some of them even disobeyed precise orders of censorship of their own masters – my colleagues. Today an opinion poll would show that the “base”, even those belonging to schools other than mine, believes – in the great majority of cases – in Solar Returns and in Aimed Solar Returns.

I have been “sending” hundreds of people (more than 25,000 individuals as on January 2013) to spend their birthdays abroad every year for 43 years. The balance I have drawn up is astonishingly positive, as you can read in my book Transits and Solar Returns, Amazon.com.

NOTE: This workshop has special pricing.

Buy two of the 4 books listed below and bring it in: free admission

An astrologer, journalist and writer, he was born in Naples in 1948 (on the 17th of July, at 5:40 am). He worked for twenty years for the most popular daily of Naples, Il Mattino, writing articles on science, medicine, informatics, literature and astrology. He has always refused to cast the so-called ‘horoscopes of the solar signs’ for that newspaper, as well as for any other newspaper or magazine. He worked (at the age of 20) for five years at the CNR (National Research Council) as Research Helper and, for two years, as Electronic Measures Laboratory’s head in the Istituto Motori of Naples, CNR.

He has been dealing with astrology since 1970. He has written over 120 books, most of them best-sellers in Italy as well as abroad (France, the United States of America, Spain, Germany, Hungary, Slovenia and Russia) and he has published over 1,000 astrological lessons on YouTube and about 300 short Astrology Essays almost all on Google Books. In 1990 he founded the quarterly Ricerca ‘90, which he has been editing and publishing since then.

He has been doing statistical researches from the very beginning of his interest in astrology. During the early ‘90s, he obtained brilliant results with researches on astral heredity on a sample of over 75,000 subjects, in different years and always under the control of different experts of statistics among which also teachers of the University of Naples. The astrological rules #1 and #2, published in his Transits and Solar Returns but already described decades earlier in other publications of his, have been statistically demonstrated by Didier Castille – the greatest astrological statistic researcher in the world – on the entire French population, and this is probably the most convincing evidence in Astrology of the possibility to statistically demonstrate some astrological items. These rules were also demonstrated in over 40 years of studies by some researchers of Zurich University and they are the only statements of an astrologer, of every time, demonstrated by Official Science.

He has been holding seminars, courses and lectures in different universities and cultural centres in Italy and abroad. He particularly deals with Predictive Astrology, Aimed Solar Returns and Aimed Lunar Returns. According to many colleagues, he may be considered the greatest living expert of this area of study. Not only has he written many texts on this specific segment of the art of Urania – he can also rely on the experience of more than 30,000 aimed birthdays (covering the years 1970 to 2014). The outcomes of these aimed birthdays have been recorded and analyzed by his consultants and himself at the end of each year after the consultant’s departure for the aimed birthday.

He has developed extremely advanced software packages for the study of Predictive Astrology, also projecting an innovative algorithm which is particularly useful for the dating of events within one year, for individuals or groups of people. 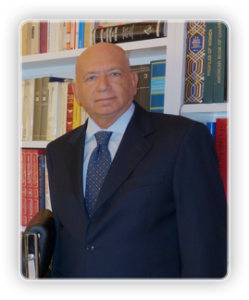 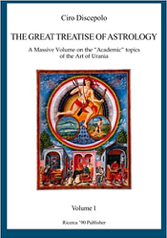 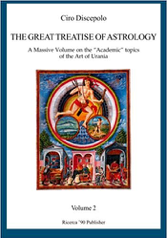 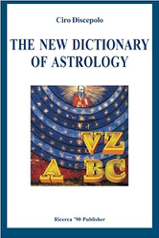 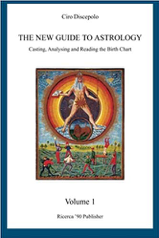