NOTE:  This workshop will be held online via ZOOM.

Secrets of Astrological Forecasting: The Forgotten Legacy of William Frankland

William Frankland was an influential British astrologer who practiced in London between the two World Wars. His research into symbolic directions had a major influence on Charles E.O. Carter, but the two books which he published in the 1920s have largely been forgotten.

Frankland grew frustrated with certain traditional techniques, such as primary directions and secondary progressions, because they were not consistently reliable. As a result, he spent several years researching other methods of prediction and developed a system to rapidly and reliably identify the most significant periods, favorable or unfavorable, during a person’s life.

This workshop will review Frankland’s techniques with several case examples and opportunities to apply his methods to participants’ natal charts. One of Frankland’s clients, who had become disillusioned with astrology, describes his experience of the method as follows:

“I had made my way to Mr. Frankland’s office intent on complaining bitterly to him of the inadequacy of our science, when a crisis of outstanding consequence could strike one unawares. But I had neither time nor opportunity to state my grievance and the nature of my mission. Mr. Frankland took the offending chart in his hand, looked at it for a few moments, and proceeded to describe the very events in question, their nature, and the time of their occurrence. In view of the hours I had spent vainly trying to account for them myself, my feelings of astonishment can be imagined.”

Anthony Louis is a psychiatrist who has studied astrology as a serious avocation since his early teens, and tarot for the past four decades. His longstanding interest in the history and symbolism of the divinatory arts has led him to lecture internationally and publish numerous articles and books on astrology, tarot, and other forms of divination. His highly acclaimed text Tarot Plain and Simple first appeared in 1997 and has become a perennial favorite for students of tarot. Anthony is a member of the Astrological Society of Connecticut. His blog is at
http://tonylouis.wordpress.com/

At the turning of years: A book on Solar forecasting (by Rok Koritnik and Anthony Louis)

A PrimerPower Secrets of Astrology: How to Use Planetary Hours to Plan for Success (Kindle) 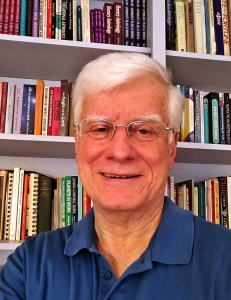