THE ASTROLOGY OF RELATIONSHIPS

Michele will discuss many techniques for evaluating relationships in a natal chart, ranging from the simple—Sun, Moon, Mars, Venus– to the more advanced, such as antiscia and composite charts.  In the afternoon portion, she will show some of the best forecasting techniques for predicting relationships, or watching them evolve, and will ask audience members to identify what was going on in their charts when they experienced significant relationship milestones.

Michele Adler first became interested in astrology as a college English major studying Chaucer’s Canterbury Tales. She began formal astrological study in 1972 in Boston with the late Oscar Weber. She has continued her studies since then, while maintaining a career of over three decades in public relations and corporate communications functions.

Following retirement in 2003, she began teaching astrology in the Tampa Bay area. Her most recent book is Predictive Astrology: Cycles of Change, Seasons of Meaning, a review of astrology’s major forecasting techniques. She has been published in The Mountain Astrologer, the NCGR Memberletter and the AFA Bulletin.

Her web site is at www.micheleadler.com. She also created a group on Facebook called Astrology Facebook Friends to which she contributes regularly.

She has a Bachelor’s degree from the University of Memphis in English and Journalism, and has studied on a non-matriculated basis at the Saybrook Institute and the Institute of Transpersonal Psychology.

She holds the professional accreditation of the American Federation of Astrologers, and is a member of the National Council of Geocosmic Research and the International Society of Astrological Research.

She taught astrology in the Dade County school system’s adult education division while living in Miami, and also wrote two general astrology books for a Miami publisher. She continues to consult in the Tampa Bay area, and is presently researching the 360 degrees of the zodiac. 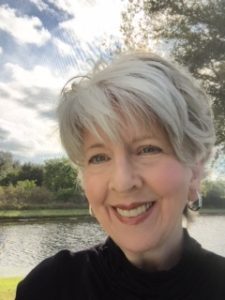