Adam Schiff’s natal Cazimi involving Sun Venus ( planets exactly conjunct the Sun are forged by its strength and purpose), is in the 12th house and shows work behind the scenes that brings him a reputation of being a valued person with a strong attraction principle.
Cancer is an intuitive hard worker. The sign before Cancer is Gemini the information gathering sign. This zero Cancer is a cardinal sign which is considered an anoretic or fated degree. It can indicate fame and prominence in the world.
This Cazimi aspect will receive a direct hit from the June 21st Solar eclipse at 0° Cancer. The effects of a solar eclipse can impact a chart anywhere from 6 months to a year.

This eclipse is of a short duration so possibly 3 to 6 months would be the impact time. The November election in 2020 falls within that time period.
This natal Cazimi is in opposition to his Jupiter in Sagittarius located in the 6th house of work. Jupiter is an expansive planet usually denoting good luck. Adam’s future in his work bodes well for an upgrade. 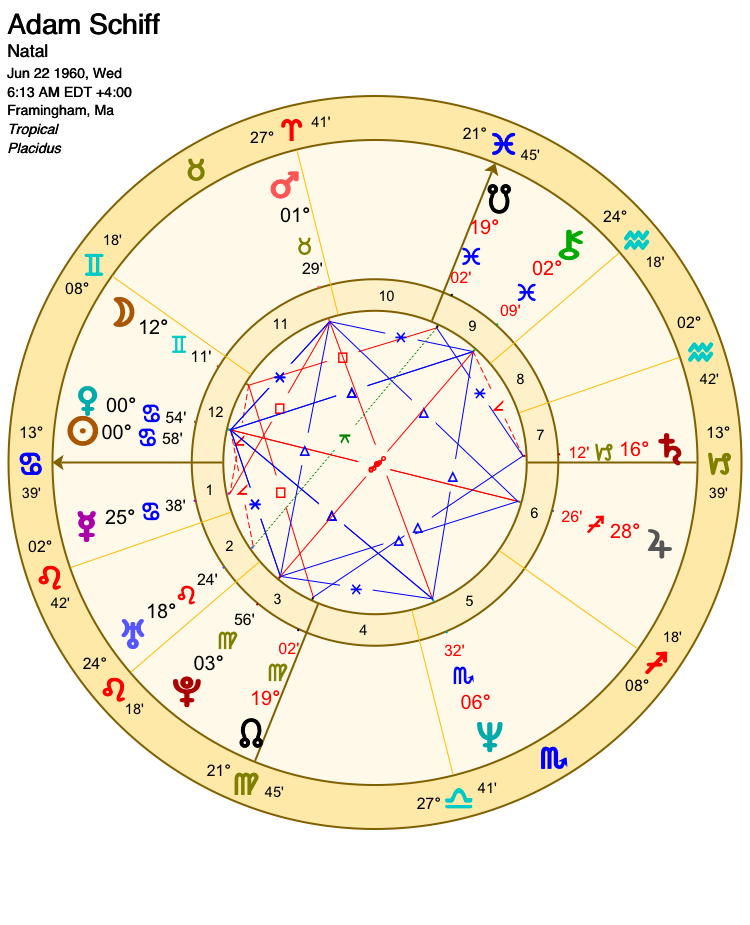 Adam Schiff’s Solar Arc Pluto has changed signs. It’s at 0°Scorpio in the 3rd house. A powerful speaker.
Scorpio rules investigation. Third house rules communication.
His solar Arc Chiron is at 29° Aries in the 9th house of being an authority, also the 9th house would rule a high court proceeding. The 9th props up the 10th house of career. It’s your reputation, in this case Chiron the wounded healer is right at the precipice of Taurus’s earthy common sense. Twenty nine degrees of a cardinal sign like Aries is an anoretic or fate degree.
His solar Arc Sun Venus Cazimi in the 12th house is trine his Chiron. The trine provides assistance. All are in fire signs which are action oriented. 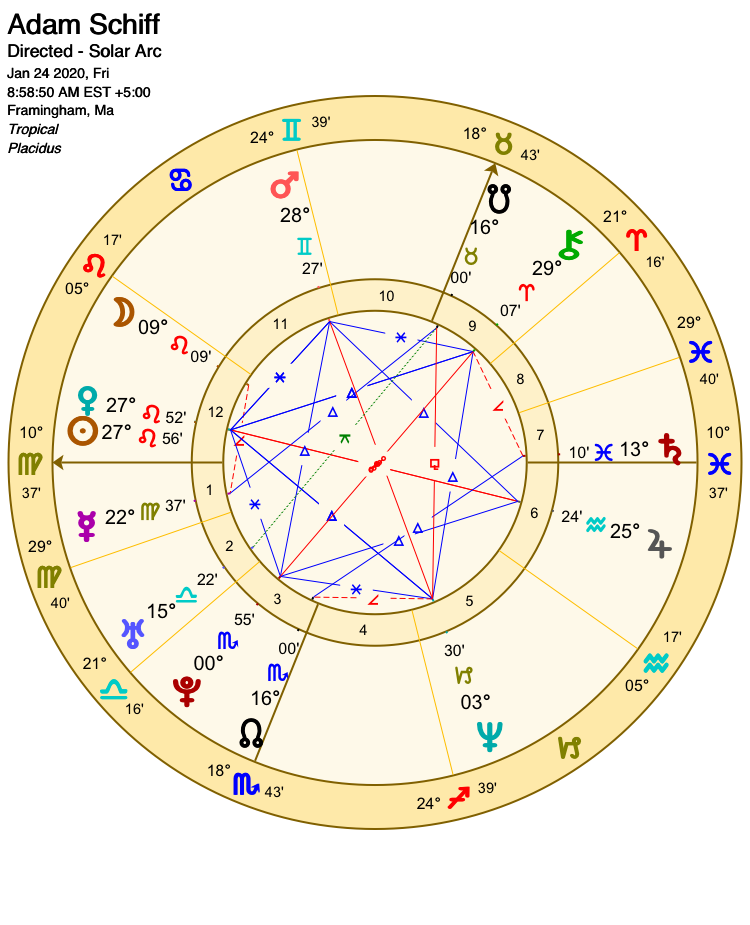 Adam’s secondary Progressed Mars in the 10th house squares his secondary Progressed Venus and the secondary progressed nodes.
SP Mars is in the sign of Gemini,which is about communication and information gathering.
It trines his Chiron on the 7th house cusp, the house of open enemies. It’s an air trine which is about communication and ideas.
Chiron is in Aquarius the sign of rebellion and freedom, independence from oppression.
SP Chiron is in opposition to his SP Sun Uranus Mercury in Leo at the Ascendant.
The Sun Uranus Mercury Conjunction in Leo would indicate fiery inspirational person using that brilliant mind to motivate with his words. With Chiron in their view he is trying to heal the opposition, freeing them from intimidation.
This Sun Uranus Mercury conjunction trines Jupiter in the 4th house of roots and effecting the 5th house of risk taking and gambling.
His healing inspirational message is educational ( Jupiter ), and is encouraging the opposition to take a chance on a better future by following the law.
Ensuring a law abiding future for the years to come. 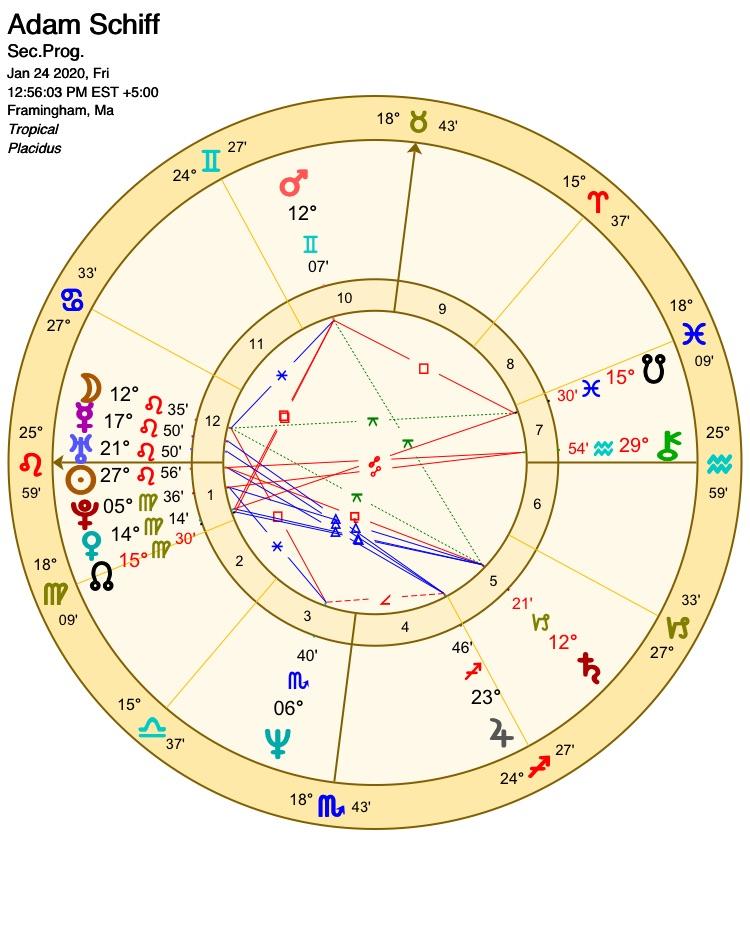 The First Conspiracy The Forever 27 Club Mystery
Scroll to top