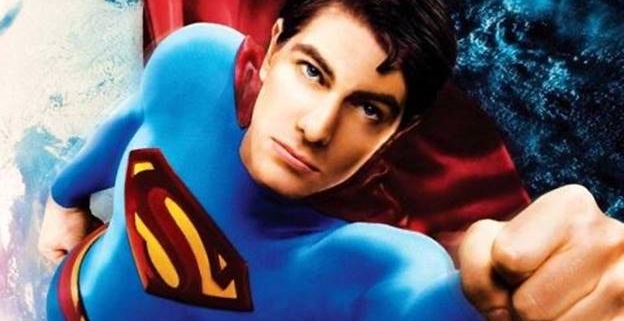 His birth name was Kal-L which later became Kal -El. In Hebrew. It means the voice of God or all God. Superman’s alter ego Clark Kent could have a biblical meaning as well. Clark (cleric/clergyman) and Kent a derivation of the Hebrew word Kana(kna) in its (knt) form has the bible meaning of, “I have found a son”. Another derivation of the Hebrew word Kana is the Greek word or in English Christ. We call on this messianic savior when we need a hero to fight the never ending battle for truth and justice.

Superman was created amidst stirrings of Fascism which were shaping the future events of World War II.

After the war was over Superman turned his focus on tolerance. In 1946 he fought the Ku Klux Klan. Don’t forget he knows how it feels to be different, he was an immigrant too. 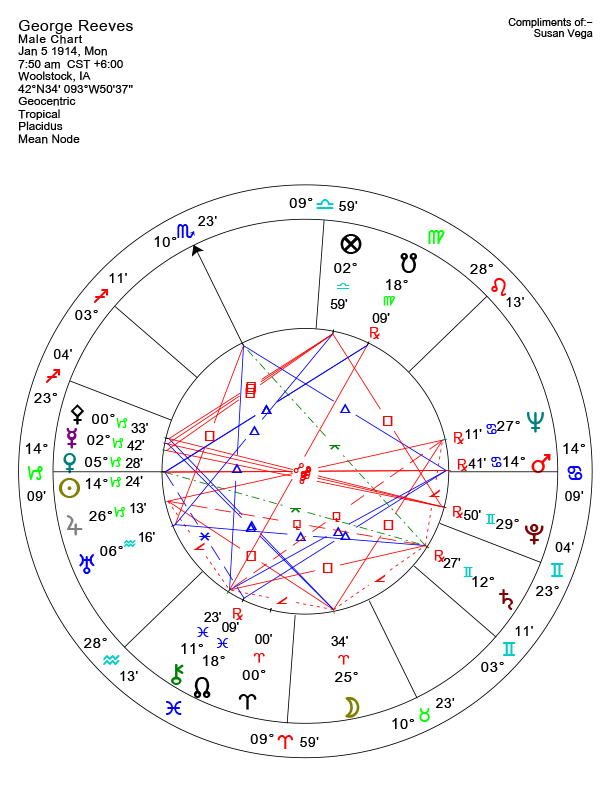 George Reeves television Superman ran from 1952 to 1958. These were the paranoid McCarthy years, as communism and spies were our new enemies. The Christopher Reeves Superman of the post Viet Nam and Watergate years gave cynical viewers gave a temporary 2 hour stretch of having an honest wholesome leader/hero to look up to. 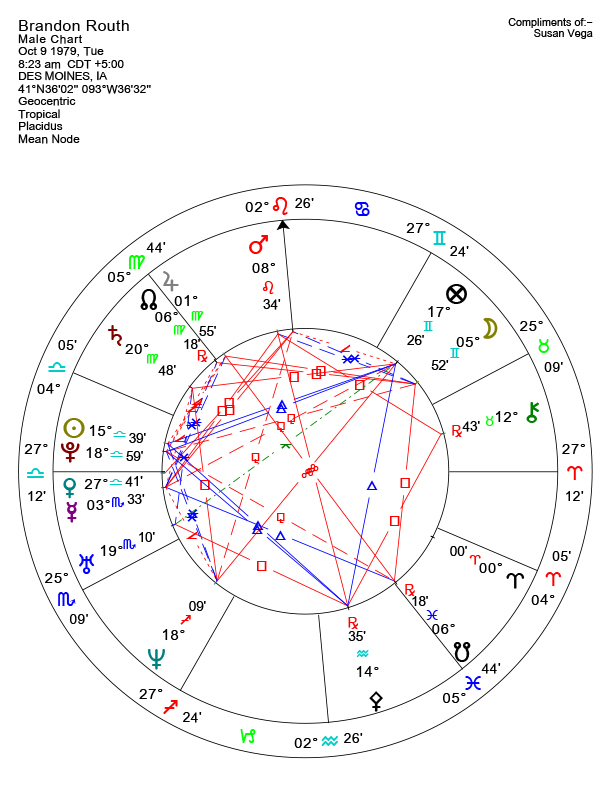 Brandon Routh’s Superman protects us from evil, catastrophic storms and natural disasters. Xenophobia is rampant, bigotry and Fascism is on the rise again and World leaders wobble on their rocking pedestals connections in their astrological charts. There is a degree in the zodiac associated with drowning. Twenty-four-degrees of Libra has the symbolism of “A third wing on the left side of a butterfly”. This is about flailing and flapping out of control. George Reeves has a midpoint between his Jupiter and Neptune close to this degree, which is also being bombarded by an aspect called a T square. This T square consists of Jupiter at 26 degrees Capricorn opposing Neptune at 27 Cancer. These Planets make a 90-degree square to his Moon at 25 degrees of Aries. He drowned in the sorrow of being trapped in this role which kept him from achieving his personal ambitions. He drowned his sorrows in alcohol, which played a significant part in his death. Jupiter is expansion, it makes things bigger. Neptune rules film and alcohol. It’s also referred to as the universal solvent. It can create a delusional fog of confusion. The Moon is comfort, emotions and rules your history as well as history in general. His successful work history, type cast him and excluded him from future work.  A serious part was hard to act out when the audience mind’s eye was seeing a man jumping around in tights. There are other signatures in his chart that support this conclusion. His “lucky spot” of the chart, his part of fortune was in the 8th house at 3 degrees of Libra square his 12th house Mercury. Both houses have an association with death.  This is 1 degree away from Christopher Reeve’s Sun Mercury conjunction 2 degrees of Libra. That didn’t work out well for Christopher Reeve’s as you will see. 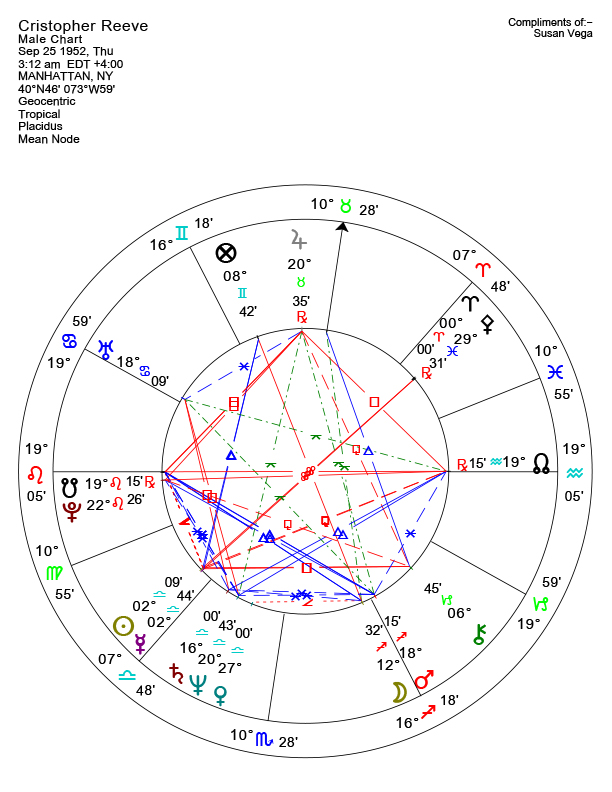 Christopher Reeve’s 2 degrees of Libra Sun Mercury conjunction has the symbolism of abrupt change in life circumstances, no turning back. The Sabian symbol is: “The dawn of a new day reveals everything changed”. The Sun is the ego, drive, and essence of a person. Mercury rules mental processes, communication, travel, and movement. After his riding accident, on the day of his back surgery, the transiting Gemini Sun triggered a midpoint between his midheaven (career point) his standing in the world, and his natal Uranus (unexpected abrupt change). On that fateful day his career changed from a leading man to a leader in stem cell research.

Brandon Routh, the newest Superman, has his Venus (the Planet which rules what a person loves and attracts, as well as romantic love and values), in the same degree as Christopher Reeve’s Venus 27 Libra. The Sabian symbol always rounds up one degree. The (28 Libra)  meaning is: “A man alone in a deep gloom, unnoticed, Angels are coming to his aide”.  This stirs up visions of the curse of Superman as well as his rescue and adoption in the legend. It aptly describes the Superhero’s workday. Brandon, Chris, and George all have the “drowning degree” energy in their charts (25-26 Libra) at critical positions.

Christopher and Brandon were born with Libra Suns. They were meant to bring fairness and balance to the world. Brandon’s Sun is 15 degrees Libra “circular paths”. His Sun’s Sabian symbol: “After the storms of winter a boat landing is in need of reconstruction”.

Recently he reported that a new installation to the Superman movies, a possible Sequel to the Return of Superman was in the works. I now read that the project was scuttled. In light of the global pandemic we need hope, a leader we can trust to rescue us. We need Superman! 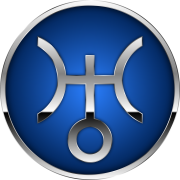 Attending the March event with Don Cerow
Scroll to top